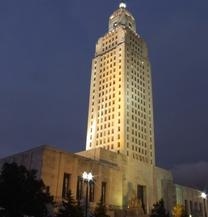 So what happens when you elect a trial lawyer as governor of your state? Louisianans, who elected Democrat trial lawyer John Bel Edwards to serve a four-year term as their governor last November, are finding out the hard way.

Turns out that, in the case of Edwards, it meant a big fight over huge tax increases proposed by the Governor’s office during this year’s session of the state legislature, a fight that continued on into a subsequent special session before an agreement was finally reached to produce the balanced budget for FY 2017, as required by the state’s constitution.  That was no surprise to anyone who had kept up with Gov. Edwards’ record during his own time as a member of the legislature.  But the budget fight was just a side show... Read the rest of the article